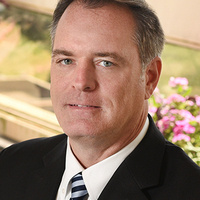 Register in advance for this Zoom meeting:
https://us02web.zoom.us/.../tZwvfuyqrTouEtVEcsUb5Fg1oD...

After registering, you will receive a confirmation email containing information about joining the meeting.

The New York Times called Robert Bilott, “The lawyer who became DuPont’s worst nightmare.” Bilott, a distinguished environmental attorney, shares the unsettling story of his epic battle against DuPont and how he exposed corporate coverup and massive chemical contamination of unprecedented scale and scope, now impacting virtually every living thing on this planet. Drawing from his book, “Exposure: Poisoned Water, Corporate Greed, and One Lawyer’s Twenty-Year Battle Against DuPont,” Bilott takes audiences through the unforgettable legal drama about malice, manipulation, and perseverance against the failings of environmental regulation.

To date, Bilott, a partner at Taft Stettinius & Hollister LLP, has helped secure more than $1 billion in benefits for his clients exposed to contaminated drinking water. Among his many honors, Bilott was selected as one of the best lawyers in America for several years running, and in 2017, received the Right Livelihood Award, commonly known as the “Alternative Nobel Prize.”

After registering, you will receive a confirmation email containing information about joining the meeting.

Individuals requesting accommodation under the Americans with Disabilities Act (ADA) should contact the ADA Coordinator at least 48 hours prior to the event at (252) 737-1018 / ada-coordinator@ecu.edu.

This event content is powered by the Localist Community Event Platform.