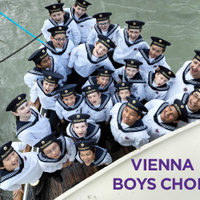 In a program entitled "Bella Italia," the legendary Vienna Boys Choir will perform joyful works by Vivaldi, Rossini, Verdi, and Mascagni, along with popular favorites such as Santa Lucia, O sole mio, Volare and more.

The choir is renowned as one of the finest vocal ensembles in the world for more than five centuries, all boys between the ages of 10 and 14. The choir was formally established at Vienna's Imperial Chapel in 1498 by Holy Roman Emperor Maximilian I. Since 1926, they've undertaken more than 1,000 tours in more than 100 different countries.

Individuals requesting accommodation under the Americans with Disabilities Act (ADA) should contact the ADA Coordinator at least 48 hours prior to the event at (252) 737-1018 / ada-coordinator@ecu.edu.

You're not going yet!